When Is It Too Late to Hire a Divorce Lawyer? 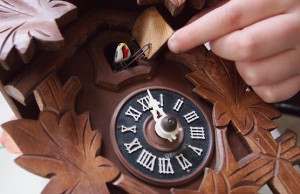 In some cases, a person may believe he can handle a divorce on his own without hiring an attorney. This may happen for any of a number of reasons:

Whatever the reason, those who try to handle a divorce on their own may end up changing their minds at some point down the road. So what happens if person who files pro se changes his mind and realizes that he now needs to hire an attorney? Is it too late for him to change his mind? At what point can he make the switch and hire a divorce lawyer?

The good news is that, until the case is over, you can always hire an attorney to represent you during a divorce. Pro se litigants are allowed to hire counsel at anytime during the divorce process, whether at the beginning, in the middle, or just before the end. However, while it's great news that you still have the right to hire a lawyer, there are some considerations that must be taken into consideration:

Keep in mind that these are only a few of the many issues that need to be analyzed in every case, because after your Divorce Decree is issued, you may be stuck with a bad result forever. It's for these reasons, along with many others, that representing yourself pro se in a South Carolina divorce can be a very risky proposition.