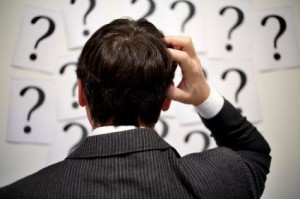 Child custody cases are complicated, even for experienced family law attorneys. There are things that clients can do to ruin their own cases. At times, it seems as though some parents are their own worst enemies. Kevin Hickey recently published the following article about the ways to ruin your child custody case and uses humor to try to help people avoid sabotaging their own cases:

Pardon the tongue-in-cheek headline, but, as a divorce and custody attorney, I have to admit that sometimes it seems as if straightforward advice may not get through quite as clearly as satire does.

So, in that slightly-satirical-but-completely-serious spirit, and in honor of the day (though I'm not fooling you here!), here's my own version of David Letterman's “Top Ten Lists”: The Top Ten Ways to Thoroughly Make a Mess of Your Custody Case.

#10: Don't Listen to Anything Your Attorney Says.

#9: Instead, Do Everything Your Second Cousin (Once Removed) Who Got Divorced and Won Custody Twenty-Two Years Ago In a Completely Different State Says You Should Do.

Because of course he'll know more than your lawyer, with three years of law school and ten-plus years of actual experience under her belt …

#8: Never Forget the Ultimate Goal Is to Really Stick It To Your Ex-Spouse.

Isn't that what the court system is for, when you get right down to it?

#7: Ignore the Court Order At Will.

It's not like the court order carries the force of law or the threat of jail time if you don't do what it says. (Actually, no, it is that. It is exactly like that.)

#6: Don't Worry About Keeping a Case Notebook – You Won't Forget Any of This Stuff, And It's Not Like It's Important Anyway.

Details, schmetails. You've got a brain like a steel trap, right? And you never forget where your car keys are, either, do you?

#5: Wait Until the Very Last Minute to Get Your Chronology Together.

“Um … when did we get married? Lemme think … well, I know Clinton was president … or was it Bush? Yes, that's right, it was Bush. Wait, which Bush, though?”

#4: Take Every Opportunity to Show the Judge What You Really Think of Her.

Roll your eyes, make derogatory comments under your breath, give her “the finger” – judges just love that kind of behavior.

#3: Badmouth Your Ex to the Kids Every Chance You Get.

It's important that they know every single detail of every single one of your many passionate feelings. It's called “honesty,” right? Sure! What could possibly go wrong with this strategy?

#2: Even Better, Enlist the Kids In Your Campaign to Ruin Your Ex's Reputation.

Make your kids co-conspirators? Why not?

See #8. You're not really in this for the kids' best interests, anyway.

Source: “How to Thoroughly Make a Mess of Your Custody Case” by Kevin Hickey, published at his outstanding family law blog.