What Counts as Adultery in South Carolina? 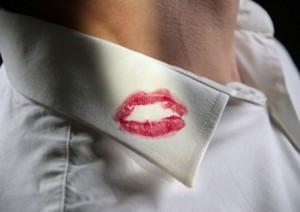 Though cheating on a spouse would appear to be a pretty clear cut thing, new research indicates that people have very different ideas of what behavior qualifies as crossing the line and what does not. A recent poll that was discussed in the Huffington Postfound which found that not only do people regard different activities with different degrees of suspicion, but men and women often have different ideas about what behavior qualifies as inappropriate.

The survey found that kissing appears to be something that the vast majority of people can agree qualifies as infidelity. A full 100 percent of women surveyed said that kissing qualifies as being unfaithful, while a slightly less but still substantial majority of men (86 percent) agreed. Emotional infidelity showed some of the biggest differences in opinion based on gender. Seventy-seven percent of women say that emotional relationships qualify as cheating, while only 55 percent of men felt the same way. Online relationships, a relatively new category of infidelity, also reveal a large difference in the way they are perceived by men and women. Only 56 percent of men believe online flirting or texting counts as cheating, while 82 percent of their female counterparts think it does.

Though people may have a wide array of views with regard to what qualifies as adultery, the reality is that under South Carolina law, there are far fewer categories to consider. Adultery in South Carolina remains one of only a few fault-based grounds for divorce. So does adultery only exist legally when there has been sexual intercourse? Not according to some South Carolina court decisions. Though there is no ironclad rule regarding what kinds of behavior qualify as adultery and what do not, it is clear that sexual relations almost always meet the test.

That being said, our courts have been clear that adultery in  South Carolina is not only sexual contact, but has been found to exist in situations where they may have been no sexual intercourse. Our courts have found that sexual intimacy can be enough to prove adultery in court, something that can have an important impact on some South Carolina divorce cases, as a spouse who has committed adultery is barred from receiving any alimony or other spousal support. For that reason, adultery can be a big issue in some cases, as it can make thousands (or hundreds of thousands) of dollars difference in the outcome.

Source: “What Counts as Cheating?,” published at HuffingtonPost.com.