What Custody Arrangement Is Best for a Child? 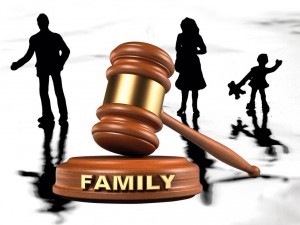 Anyone with children considering a divorce has likely thought long and hard about the kind of impact divorce might have on the kids. Though custody battles can sometimes get nasty, most parents sincerely want what's best for the kids – whatever that may be. So what custody arrangement is best for a child? A recent study indicates that time with both parents, even if that means moving between houses frequently, is better than supposed “stability” with only one parent.

The study was recently published in the Journal of Epidemiology & Community Health. In the research, scientists followed a large group of children, nearly 150,000, some of whom lived in nuclear families with both parents, while others had divorced parents. Of this group, roughly half had joint custody arrangements, meaning the children frequently moved between both parents. The other half had primary custody with one parent, spending the vast majority of their time in only one house and with only one parent.

Researchers say that they expected stability in housing to prove important in the overall mental wellbeing of children, but they were wrong. The findings clearly showed that the children who spent time with both parents were better off in the long run. The study looked at a range of psychosomatic issues, including loss of sleep, headaches, loss of appetite, depression, stress, and many others.

The results showed that children living with their nuclear families fared best. Second best were those who spent substantial time with both parents. Researchers say they believe the study shows that while stability is important for children, housing stability is not necessarily the critical issue. Instead, parental stability, and the ability to maintain a relationship with both mother and father after a divorce can impact how well a child copes with the changes to his or her family.

Though the study should not be taken to mean that joint custody arrangements work best for every family in every situation, it is yet another strong piece of evidence to indicate the benefits that come from co-parenting. Working together to put your children above your own anger can ultimately pay dividends down the road in terms of better overall mental health for your kids. Definitely food for thought.

Source: “The Divorce Custody Arrangement That Benefits Kids Most,” by Beth Greenfield, published at Yahoo.com.