What Does Sole Custody Mean in South Carolina? 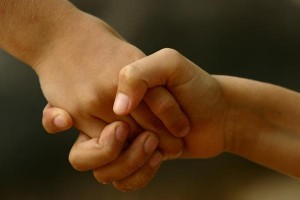 If you have a dispute with your child's other parent, you might think that you understand the possible custody outcomes. Sole custody, in particular, seems like it should be straightforward. However, the truth is that it can be much trickier than just one parent getting the child. So what does sole custody mean in South Carolina?

What is sole custody?

The first thing to point out is that sole custody, by itself, may not be descriptive enough of a term. That's because the concept of custody has two components: the legal aspect and the physical aspect. So the term “sole custody” can actually refer to two different things: sole physical custody and/or sole legal custody. A parent with “sole custody” could have one or both, and the difference is important.

What is sole physical custody?

The concept of physical custody refers to which parent has the right to physically be with the child at specified times. If a parent has sole physical custody, the child primarily lives with only one parent the overwhelming majority of the time. However, what many people fail to understand is that sole custody does not mean that the other parent has been barred from spending any time with the child. Non-custodial parents are entitled to reasonable or liberal visitation in the vast majority of cases, unless the court believes that visitation would prove to be a danger for the child. This visitation can take many forms and may be electronic or in-person, depending entirely on the specifics of the case.

What is sole legal custody?

The concept of legal custody refers to which parent has the right to make decisions about the child's health, education, welfare, etc. Sole legal custody exists when only one parent is granted the right and responsibility for making major decisions regarding the child. This means that one parent will solely be responsible for deciding issues such as medical care, education, extracurricular activities, and religious development.

When most people think sole custody they think of one parent getting everything and the other parent getting nothing. Though that can certainly happen in certain situations, it is far more likely that some combination of options will occur. One parent may have sole legal custody, but share physical custody. Perhaps one parent will be given sole physical custody, but have to share decision-marking authority with the other parent. A range of options are possible, even in cases where “sole custody” is involved.