What Happens to the Engagement Ring After Divorce in South Carolina? 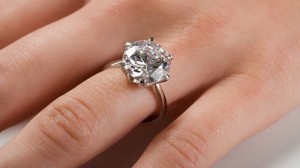 One common question that individuals have when going through a divorce is what happens to the engagement ring if the marriage or the engagement goes awry. Who gets to keep the ring: the man who likely purchased it, or the woman who it was given to? The short answer is that it depends. Now for the long answer.

What happens if the wedding never happens and the parties never actually marry? South Carolina courts have not answered this question clearly, but a look at holdings from other jurisdictions sheds some light on how our courts would likely rule on the question if given the opportunity. It's clear that courts will treat the engagement ring as a gift, the only real question is whether the gift will be viewed as a completed gift or as a conditional gift.

A minority of courts treats the engagement ring strictly as a gift, from the donor (the person who gave the ring) to the donee (the person who received it). In order for a gift to be deemed a legally complete gift, three elements must be present: 1) the donor must intend to give the ring as a gift; 2) the donor must deliver the ring to the donee; and 3) the donee must accept the ring. If the person to whom the ring was given can show all three elements, a court will consider the ring to be a completed gift to him or her. In this situation the woman gets to keep her ring, even if the couple never marries.

That being said, the majority of states use a conditional gift approach when dealing with engagement rings. That means that, until some future event occurs, the gift is not final. If that event does not occur, the donor has the right to get the gift back. Women who are seeking to keep their rings often argue that the condition needed to make the engagement ring a completed gift is simply the acceptance of the proposal of marriage, not the completion of the marriage itself. Under this theory, if the engagement is broken then the ring remains her property.

Sadly for the brides, this argument is often unsuccessful. The majority of courts believe that the gift of an engagement ring contains an implied condition of marriage. Acceptance of the proposal is not the underlying promise, the marriage is. Thus, most courts look at engagement rings as conditional gifts given in contemplation of marriage.

In situations where the parties have been married, the legal status of the ring is much more clear as there have been a few South Carolina cases that deal with the subject. In these cases the South Carolina courts have generally sided with the women, giving them the engagement ring after divorce has been filed. The courts in South Carolina have held that the ring was a conditional gift in contemplation of marriage. The marriage occurred, thus fulfilling the underlying promise and, because the ring was given to the wife prior to the marriage, it amounts to premarital property and is thus not subject to equitable division.

Source: “What Happens to Wedding Rings After Divorce?” published at DivorceNet.com.