What Is Retroactive Child Support? 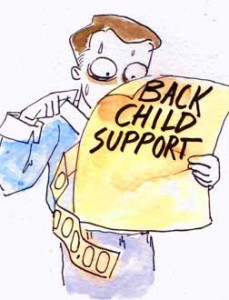 How do you get retroactive child support?

One key bit of information about retroactive child support is that parents must specifically ask for it, it is not always awarded and, when it is, it is not awarded automatically. That means any parent who thinks they are owed back pay will need to make a special request for it, specifically stating that retroactive child support is sought and the reasons supporting the request.

When is retroactive child support awarded?

Retroactive child support is awarded very rarely in South Carolina, and there must be a good reason to justify such a request. For instance, our Family Courts may award retroactive child support in cases where there has been an unusual delay in holding a hearing on the matter of support, or in a situation where the non-custodial parent was found to have concealed his or her income. The Court may also require a parent to pay a portion of the child's healthcare expenses (including those related to birth), even though they may have been incurred prior to an action being filed.