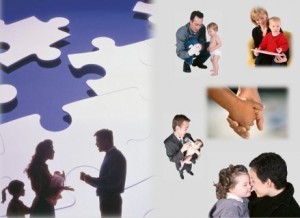 As we have written before, the law in South Carolina changed in 2012 to introduce several new concepts into how child custody cases are handled in Family Court.  One such new requirement is the new Proposed Parenting Plan, which is described in SC Code § 63-15-220 (A)-(C).  At all temporary hearings where custody is contested, both parents must submit a proposed parenting plan (using Form SCCA 466).

The form has four main sections: (1) Custody; (2) Parenting Schedule (which is further divided into five subsections); (3) Other Considerations for the Court; and (4) Appointment of a Guardian ad Litem.  When you begin to prepare for your temporary hearing, you will need to carefully consider each of these sets of issues in order to give the judge a clear picture of what you believe to be in the best interests of your child(ren).

While the Proposed Parenting Plan submitted at the temporary hearing will typically be used by the Court when determining the child custody and visitation schedule during the months in which litigation is pending, the parties may also submit an updated plan at their final hearing, if no agreement on these issues has been reached. In these instances, certain portions of the Plan will need additional consideration.

For example, it will be important to specify for the Court which holidays will be spent with each party in which years (e.g., Memorial Day: Odd Years to Mother; Even Years to Father, etc.).  Another example might be how summer visitation should be exercised. If the child is very young at the time of the final hearing, summer visitation may be shorter than it will be when the child is school-aged. Be sure to include your proposed plans for such changes so that the Court will realize that these issues require consideration.

Because temporary hearings are now required to be scheduled within four weeks of filing of the Motion for Temporary Relief, it is imperative in most cases to begin thinking in terms of “parenting plans” as early in the case as possible. If you find yourself at a loss on how to devise a parenting plan, your attorney can share examples of what has worked with other families with similar situations.