What’s the Difference Between a Custody Evaluator and a Guardian Ad Litem? 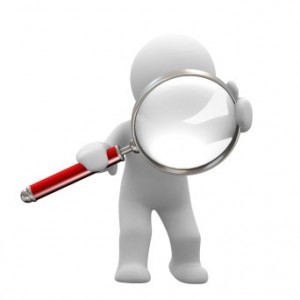 In South Carolina, when a Family Court Judges want to assess the best interests of children in a divorce, they often appoint a Guardian ad Litem (GAL). When there are more serious issues of psychological condition and the well being of a child is in doubt, a custody evaluator may be brought into the case. Custody evaluators are appointed by a judge, typically at the request of a GAL or one of the parties involved in the case.

The evaluation focuses on what the child's psychological needs are and which parent will best be able to meet these needs. The evaluator may perform personality tests, IQ tests, and/or other psychological tests to make this determination. He or she may also speak with witnesses, teachers, and/or caregivers to assess the child's best interests. Finally, the evaluator will also assess the strength of the family bond (including relationships with grandparents and extended family and step-siblings), the parents' availability, and work schedules. At the conclusion of the evaluation, the evaluator issues a detailed report explaining the various interviewing, testing, and observations that were dones along with any professional conclusions rendered.  This report is then presented to the Court as evidence to be weighed when making a final custody determination.

There are many important differences between a child custody evaluator and a GAL. The custody evaluator is often a trained behavioral scientist, while GALs are typically attorneys lacking in specialized scientific training, but may have focused training in areas such as child development, child custody law, and co-parenting, to name a few. In other words, most GALs are information gatherers and are not trained in the behavioral sciences or expected to render scientific advice. Custody evaluations are often seen as being more thorough and delving deeper into family issues than a GAL would typically handle and may even be asked to develop recommendations for families that include specific therapeutic regimes or referrals for psychiatric care.

Though custody evaluations are important and are often taken quite seriously by the presiding Family Court Judge who hears the final recommendation, they are not always written in stone. As with the GAL's findings, the Court has discretion to decide whether to adopt the custody evaluator's recommendations.