When Is a Guardian ad Litem Appointed? 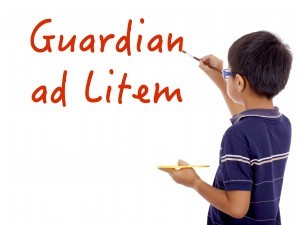 As we've discussed before, guardians ad litem (GALs) are individuals (usually lawyers, but not always) appointed by a family court judge to protect a child's interests in a legal matter. The GAL exists to provide guidance to judges about the state of affairs in a custody case. GALs act as investigators and reporters in many cases and also have the ability to serve as an advocate for the child, fighting for his or her best interests.

Most GALs do a little of both, neutral reporting and investigation with the ability to express an opinion if asked. But when is a Guardian ad Litem appointed? Does every divorce and custody involve a guardian ad litem? GALs are not appointed in every case, but instead only in those cases in which custody or visitation are contested, though they can also serve other roles. For instance, GALs are required in adoptions and termination of parental rights cases, and they may be appointed in suspected child abuse and neglect cases.

In contested custody cases, GALs are appointed by the judge at the temporary hearing if the two sides are clearly unable to reach agreement regarding the custody and visitation. The GAL then investigates the facts of the case and provides his/her opinion to the judge to assist him/her in making a decision on the relevant issues. If the case goes to trial, the GAL participates in the trial and has the ability to testify and to call other witnesses when needed.

GALs are very rarely appointed in cases where the parents have an agreement. Unless a judge has reason to believe the child needs his or her own advocate in the proceeding, chances are the parents will be allowed to decide matters on their own. After all, it is usually better for everyone if the parents work out an agreement with as minimal court intervention as possible.