Who Files for Divorce More Often – Women or Men? 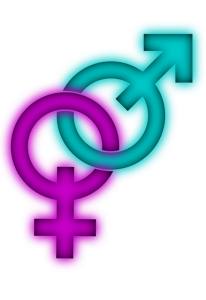 An interesting study concerning marriage and divorce was recently presented at the American Sociological Association's annual meeting. The issue was who files for divorce more often – men or women? The study, conducted by Stanford University sociologist Michael Rosenfeld, found that women were more likely to be unhappy in their marriage than men and were far more likely to be the ones to initiate a divorce.

The survey took place over five years and followed 2,262 adults in relationships. Rosenfeld tracked not only those who were married, but also couples who were dating and living together in long-term relationships. The study found that, overall, women were reportedly less satisfied with their marriages than men. This dissatisfaction may partially explain the next number: women initiate divorce in 69 percent of the time.

Though the numbers are interesting by themselves, the “why” is what Rosenfeld attempted to uncover. According to Rosenfeld, part of the problem is changing societal ideas of what qualifies as a good relationship. Rather than simply having a stable companion, many people feel the need to marry a successful, ambitious, caring, supportive, best friend; the idea that your spouse should be “The One”. The reality is that people are seldom perfect and when ordinary relationships are compared to an illusory ideal, it's easy to come up short.

Another theory put forward by Rosenfeld is that as society has changed in recent decades, women are far less interested in putting up with relationships that don't materially add to their lives and happiness. The vast majority of women now work outside the home, more women graduate college than men, and these women are earning salaries that frequently equal or eclipse their husbands. As a result of these economic gains, women have no practical reason to “settle” for husbands who aren't making them happy and can even chafe at the loss of independence that comes with marriage. Rather than viewing marriage as an important source of security, marriage today must be seen as mutually beneficial to be worth the trouble.