Will Separation Period for Divorce Be Shortened in South Carolina? 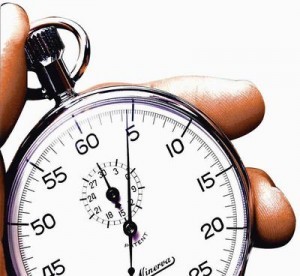 Welcome news for South Carolina couples considering divorce came when state Representative Walt McLeod sponsored legislation to possibly make the divorce process easier than it is today. The bill would shorten the mandatory separation period for divorce from one year to only six months in “no fault” divorces, bringing South Carolina in line with its neighboring southern states.

Currently, South Carolina family law requires that a couple seeking a no fault divorce must live apart for a one year-long separation period prior to filing a divorce case. This requirement has long drawn complaints from some who claim the period is a costly addition to the already expensive and lengthy divorce process. They believe that drawing out an already painful process does not make it better, just longer.

A recent article by WIS TV in Columbia, SC, highlighted the case of Stephen Bramell, who recently went through a divorce. He claimed the year-long separation left him broke and living with his parents to make ends meet. Bramell said he and his children were put through a longer ordeal than was necessary and that any attempt to shorten the process so people can get out of bad marriages more quickly would be a good thing.

Representative McLeod agreed and says that the bill is designed to minimize the damage of divorce. By shortening the period of separation to six months or less, the hope is that money is saved by not having people pay to support two households with two sets of expenses for such a long time. Dragging out the inevitable split only makes the process more difficult and more financially and emotionally exhausting.

Though some argue that the law should not be changed because a shorter time period will encourage even more divorce, others, like Bramell say that that when a marriage is over it's over. By the time people have decided to divorce, six extra months won't change their minds and will only succeed in making the ordeal that much more difficult and costly.

The bill's sponsors' hope is that South Carolina can align its laws more closely with surrounding southern states which have much shorter periods of separation. They say the measure received significant support in the State House this year and that it will be brought up again early in the next legislative session.