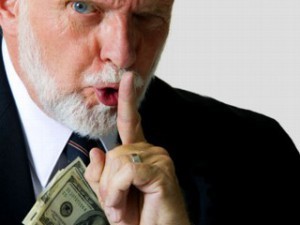 An interior designer in Nashville, Tennessee recently filed a lawsuit against her former divorce attorney and her ex-husband seeking to undo her divorce agreement and reopen the financial settlement, claiming her husband duped her into agreeing to a relatively small settlement before turning around and selling his company for $100 million. But can you undo divorce?

The case was settled at the end of 2011, and Jamie Beckwith says her ex-husband Larry was clear that it had to move quickly. Specifically, Larry told the attorneys the entire settlement agreement needed to be signed by the end of December 2011. To help ensure the process moved along, Jamie claims her ex paid both of their attorneys $50,000 as a bonus to speed the divorce up, something which is illegal in Tennessee.

Jamie claims the problems with her divorce began almost immediately. Her husband, a commodities broker, suggested she hire a certain attorney, a request she says she mistakenly agreed to. Jamie claims her attorney went along with her husband's demands and did a poor job investigating the value of Larry's ethanol business. Larry owned 80% of the Nashville-based ethanol company, and he claimed his stake was worth only $15 million. Jamie's divorce attorney assigned a first year lawyer to investigate the value of the business – a mistake that led to a massive undervaluation.

Jamie claims her ex continually withheld vital financial information from her and her attorneys, which is what led her to agree to a $6.8 million settlement. Though that amount is substantial, it's nowhere near the value she should have received, given that her husband quickly turned around and sold the company for $100 million.

Jamie argues in her recent Complaint that her husband engaged in fraud and reckless behavior, and that as a result of these misdeeds, her divorce was only achieved due to fraud and should be invalidated as against public policy. Jamie is asking a Nashville judge to set aside the previous divorce and reopen the valuation issue, which could yield her tens of millions of dollars in additional money.

This case is a good (though painful) example of how important it is to do your financial homework during a South Carolina divorce. Though we like to think we can trust our spouses to not withhold information, the fact is it happens all the time. It's important for couples to get their own documents and financial records directly from the source and not to rely on your soon-to-be ex for all the details. Putting together an accurate financial picture is essential to securing an equitable South Carolina divorce settlement, and taking the time to ensure it's done right is always well worth the additional effort.