Understand contempt actions and how contempt of court can affect you during your divorce.

Once the Family Court has issued an Order (whether Temporary or Final) in a case, the parties to the action are bound by its terms. If either party violates the terms of a Family Court Order, they risk being found in contempt of court. 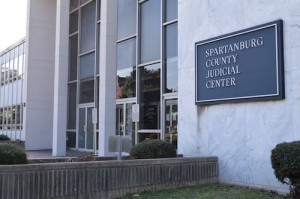 Contempt actions can involve situations such as denial of visitation; failure to pay child support and/or alimony; failure to pay a mortgage; or exposing a child to a paramour or other improper situation. This list is far from exhaustive as Family Court Orders can, and typically do, address many family-specific issues.

An action for contempt of court in Family Court in South Carolina is called a Rule to Show Cause. These should be considered when violations of an Order occur, because letting them go unchecked will likely lead to continued or increased misconduct. For example, a parent who wrongfully denies visitation to the other parent or an ex-spouse who fails to make required support payments without penalty will likely continue that behavior.

In order to maximize your chances of success in any contempt action, you will need to have proof of the alleged violations of the Order. For example, to prove a denial of visitation, you might consider taking a witness with you to the visitation exchange site at the designated time to confirm that the child was not produced for your visitation period.

However, another factor to be considered by the Court in any contempt action is whether the contempt, once proven, was “willful” or “not willful”. This determination can impact what the Judge ultimately decides to do in the case. Willful contempt of court refers to situations in which someone intentionally violates the terms of an Order, or put another way, the person had the ability to comply but did not do so.

On the other hand, if the Court finds the party was unable to avoid the contempt due to circumstances beyond his or her control, it may find that the contempt was “not willful” and only require remedial measures to be taken to ensure the Order will be followed in the future. In such cases, the Court usually does not impose a penalty or punishment against the offender.

When “willful contempt of court” is found by the Court, it is important to note that even though the action is in Family Court, these violations can carry some tough penalties. There are no “sentencing guidelines” in Family Court, and the punishments imposed for contempt issues can vary from Judge to Judge and case to case.  However, the maximum sentence that can be imposed for a willful violation of a Court Order is (a) one year in jail, (b) $1,500 fine, (c) 300 hours of community service, or (d) any combination of the above.