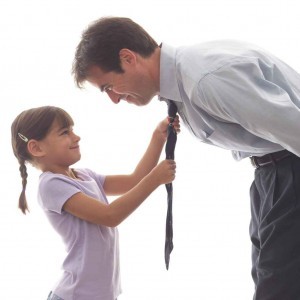 Today, fathers can stand on equal footing with mothers in contested custody cases. However, there are things that dads can do to help and to hurt their chances in a custody case. Consider the following:

Failing to maintain a relationship with your child can be a fatal mistake. Sure, you may want to avoid a toxic interaction with an ex-spouse or soon-to-be-ex-spouse, but you shouldn't let anything come between you and your kids. Evidence of a strong paternal bond will not be ignored by the judge when choosing which parent gets custody.

Another big mistake is abusing alcohol or drugs. This doesn't mean you can't ever have a drink and it certainly doesn't mean you can't take medications that are prescribed to you. However, be mindful at all times if you choose to imbibe. You have to be especially careful when you are about to embark on a child custody battle or if you're in the middle of it. This is particularly true with the advent of social media, in a way it never was in years' past. Suddenly, a few unflattering snapshots taken on a smart phone can have a very real impact on your future with your kids. Use your best judgment before heading and out and whatever you do, avoid breaking the law by driving while intoxicated.

Be careful with your use of social media. Technology is a factor in cases today more than ever before. You should be safe when sending text messages, posting photos or videos, writing negative e-mails, and leaving voice mails. While it might be tempting to impulsively rant or rage at the other parent, but doing so can come back to haunt you in Family Court. Keep your cool and avoid shooting yourself in the foot.

Finally, follow your attorney's advice. Going through a child custody case is one of the most emotionally taxing experiences you will ever endure, and it's understandable that you might become frustrated with the process. However, it is imperative that you work with your attorney within it to achieve your ultimate goal: custody of your children. Doing so involves listening and following the advice of your attorney.