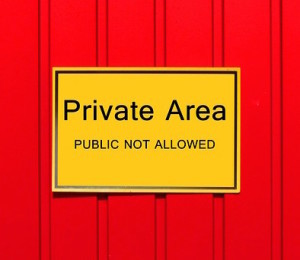 Most people understand that the court system is designed to be open and accessible. Court records and cases are meant to be publicly available to all. What some people forget, is that this openness also applies to divorce cases, potentially exposing sensitive information that might prefer to keep secret. So are divorce records public in South Carolina?

The short answer to this question is nearly everything. All court files, motions, pleadings, any orders of the court and the final decree are all considered public records. This means these files are not private and can be accessed by anyone with an interest in the documents.

Just because records are public doesn't mean everyone knows

Though divorce cases are part of the public record, it's important to understand that this does not necessarily mean everyone will know your deeply personal details. The reason is that for a person to access these records, they would need to go visit the clerk of court where the case took place and request the files associated with your specific divorce. It's highly unlikely that a total stranger would know enough to know where to begin looking for such information, meaning the only people who are likely to encounter such records are those that already knew about the divorce in the first place.

Can you shield records from public view?

In very limited circumstances, some divorce records can be sealed. This is done very rarely, as the courts want to make the justice system as open and transparent as possible. As such, orders to seal divorce records are typically only issued in special circumstances. These include cases where there is highly sensitive information, such as proprietary business information, highly inflammatory allegations against one party in the divorce, or sensitive information concerning a minor child, such as allegations of sexual abuse.

The reality is that in a free and democratic society, there are real benefits to having an open and accessible judicial system. Public records allow the press to operate freely and shine a light on issues that might otherwise be swept under the rug. That being said, there appears to be no benefit to forcing couples to open up their personal lives or financial records for public perusal, just so they can get a divorce. Perhaps a middle path between secrecy and full disclosure would likely be more beneficial for everyone.