Understand how the division of assets and debts in divorce settlements are resolved in South Carolina. 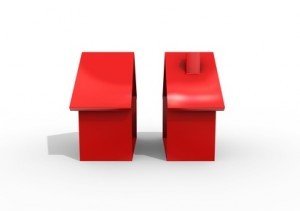 In nearly every South Carolina divorce or separation case, a divorce settlement must be reached. Equitable division refers to the process of dividing the couple's marital assets and debts, ensuring that both spouses walk away with a fair, though not necessarily equal, share of the marital estate.  Each case is decided based on the facts of that particular case.

South Carolina Code Section 20-3-620 lists fifteen factors for the Family Court to consider in apportioning marital property, and the Court determines how much weight to give each of these factors.  Some of these include: direct and indirect financial contributions of each spouse toward the accumulation of the marital estate; length of the marriage; age and health of both spouses; misconduct or fault for the breakdown of the marriage; any potential alimony awards; and child custody and support obligations.

In making an equitable distribution of marital property in a divorce settlement, the Family Court must:

Martial assets and liabilities include: (1) assets and liabilities incurred during marriage, either individually or by both spouses; (2) increased value and appreciation of non-martial assets due to the efforts of either party during the marriage or because marital funds contributed to that increased value; (3) gifts one spouse gives to the other during that marriage; and (4) all vested and non-vested benefits, rights, and funds that came due during the marriage (including retirement, pension, profit-sharing, annuity, deferred compensation, and insurance plans).

Non-marital assets and liabilities include the following: (1) assets and liabilities incurred prior to the marriage; (2) assets acquired individually by either spouse via gift from someone other than your spouse, bequest, devise, or descent, or any exchange for these assets; (3) all income received from non-marital assets during the marriage (unless that income was used or relied on by the spouses as a marital asset); (4) assets excluded based on a valid written agreement made by the parties (i.e., pre-nuptial agreement); and (5) liabilities incurred by one spouse as a result of the other's misconduct or for a non-marital purpose.

In general, marital property subject to equitable distribution is valued as of the date the marital litigation is filed or commenced. However, in certain situations, the parties may be entitled to share in any appreciation or depreciation in marital assets occurring after separation but before divorce.  Also, assets and/or debts may belong equally to both parties, to only one party, or to both parties in unequal shares.

After determining what percentage of the marital estate each spouse should receive, it must then be decided how the assets are to be divided to achieve the necessary split. This is the step where it is decided who gets what in the divorce settlement – the house, the cars, retirement accounts, personal property, and other assets.  Once the entire marital estate has been allocated between the parties, the distribution is final and will not be disturbed on appeal absent an abuse of that discretion, which is a very high standard.