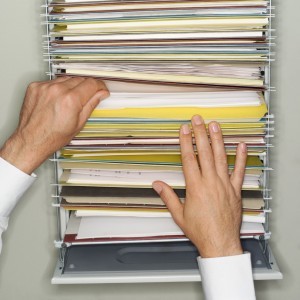 One politician in Washington State is finding himself the target of an especially brutal ad campaign by an opponent. Instead of the typical competitive political digs, these ads contain selections of damaging personal information found in his divorce records.

Representative Roger Goodman divorced his wife back in 2012, and the case has proven a useful source of damaging information for his rival. So far, Goodman's opponent has accused the man of being a deadbeat father, failing to pay child support, failing to file his income taxes, and driving a vehicle with his children while stoned.

Unfortunately, yes. Almost everything that goes on in a courtroom in South Carolina, whether it's a criminal, civil, or family matter, is considered part of the public record. There is a presumption that the public has a right to know what happens in legal proceedings, and this issue has gone as high up as the U.S. Supreme Court, which held that the First Amendment guarantees public access to the courts. This access is designed to ensure that the judicial process remains open and accountable, and it exists across state and federal court systems.

How do you find the records?

To find Family Court records, you will need to contact the Clerk of Court in the County where the action was pending. Though some counties provide records online and free of charge, others require in-person applications and charge fees for copies from their files. Most times, the cases can be looked up by the name(s) of the parties to the action.

What information do the records contain?

The scary part is that if someone gets hold of your divorce records, it can result in the loss of a substantial amount of privacy. These records can include copies of your pleadings (including the allegations made by each party against each other) and Orders (which include the Court's findings on the issues before it). However, the record will also include copies of any written agreements (child custody, visitation, child support, alimony, and asset/debt division) as well as each party's Financial Declaration (income, expenses, debts, etc.) – all of which are open to public inspection.

Can they ever be sealed?

Most people who appear in Family Court would prefer that their records be sealed, shielding embarrassing or damaging information from public view. In some limited situations, court records can be sealed in South Carolina, but it is important to note that this can be an uphill battle and is certainly not guaranteed. While Family Court judges have the power to seal court records, they will only do so when the interests of privacy outweigh the public's right to know. To succeed, a divorce litigant will need to show good cause why the records or part of the record should be sealed.

Rule 41.1 of the South Carolina Rules Civil Procedure requires that when determining whether to seal settlement documents, in whole or in part, the court shall consider: (1) the public or professional significance of the lawsuit; (2) the perceived harm to the parties from disclosure; (3) why alternatives other than sealing the documents are not available to protect legitimate private interests as identified by this Rule; (4) why the public interest, including, but not limited to, the public health and safety, is best served by sealing the documents.

This rule also provides that in Family Court matters, the judge shall also consider whether the settlement: (1) contains material which may expose private financial matters which could adversely affect the parties; and/or (2) relates to sensitive custody issues, and shall specifically balance the special interests of the child or children involved in the family court matter.